Choosing the right type of rug is essential in the art of home designing. The choice of rug can either make a room look attractive or unattractive. Knowledge of matching the right rug with the color scheme of a room is crucial.

Before going out to buy a rug, I believe that it’s important first to know the various types of rugs in the market.

A dhurrie is a thick, flat woven rug that mainly originates from India. It is at times spelled as ‘durrie’ or ‘dari.’ These rugs are made using techniques that have been in use for many years. The flat-weave design (which is a distinguished feature of this rug) used to create them makes them last long and beautiful.

The dhurrie rag’s tight weave ensures that the rug can easily be cleaned. The rugs are made from materials like cotton, wool, silk or a combination of natural fibers. When it comes to patterns, the most dominant ones are traditional miranet and mosque shapes. Modern designs have incorporated floral, animal and square patterns.

For colors, dhurrie rugs combine different shades. Another feature of this rug is that the other side is also patterned; hence the rug can be flipped in case maybe the top part is stained, for example. However, there is a variation in color between the two sides. Also, they do not have a heavy built in pad, therefore making them easy to carry from one place to another. This also enables one to shake the rug easily to get rid of dirt.

This is my favorite type of rug. It’s basically a heavy textile made for various kinds of purposes. It originated mainly from countries in the Mid-East, Far East and North Africa like Morocco, Tibet, Iran, and China. There are various types of oriental rugs in the market: 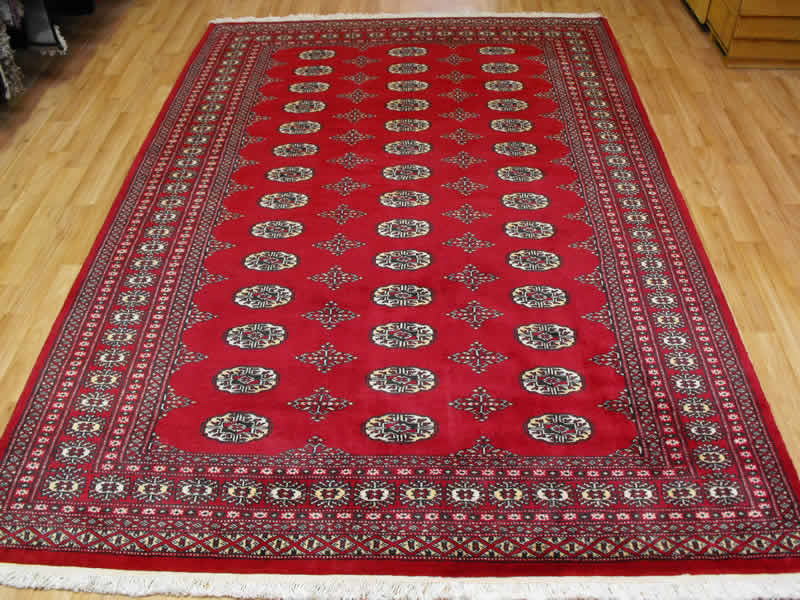 As with its name, these rugs contain a silk component in them. The higher the silk woven into the rug, the higher the rug’s value. These rugs have a soft texture. However, their delicate silk fibers are difficult to maintain as compared to traditional wool.

This is a simple rug with a base color at the center. It also has a border on the edges which usually has several colors and designs.

Inlaid rugs have a wide assortment of designs and can be customized with initials.